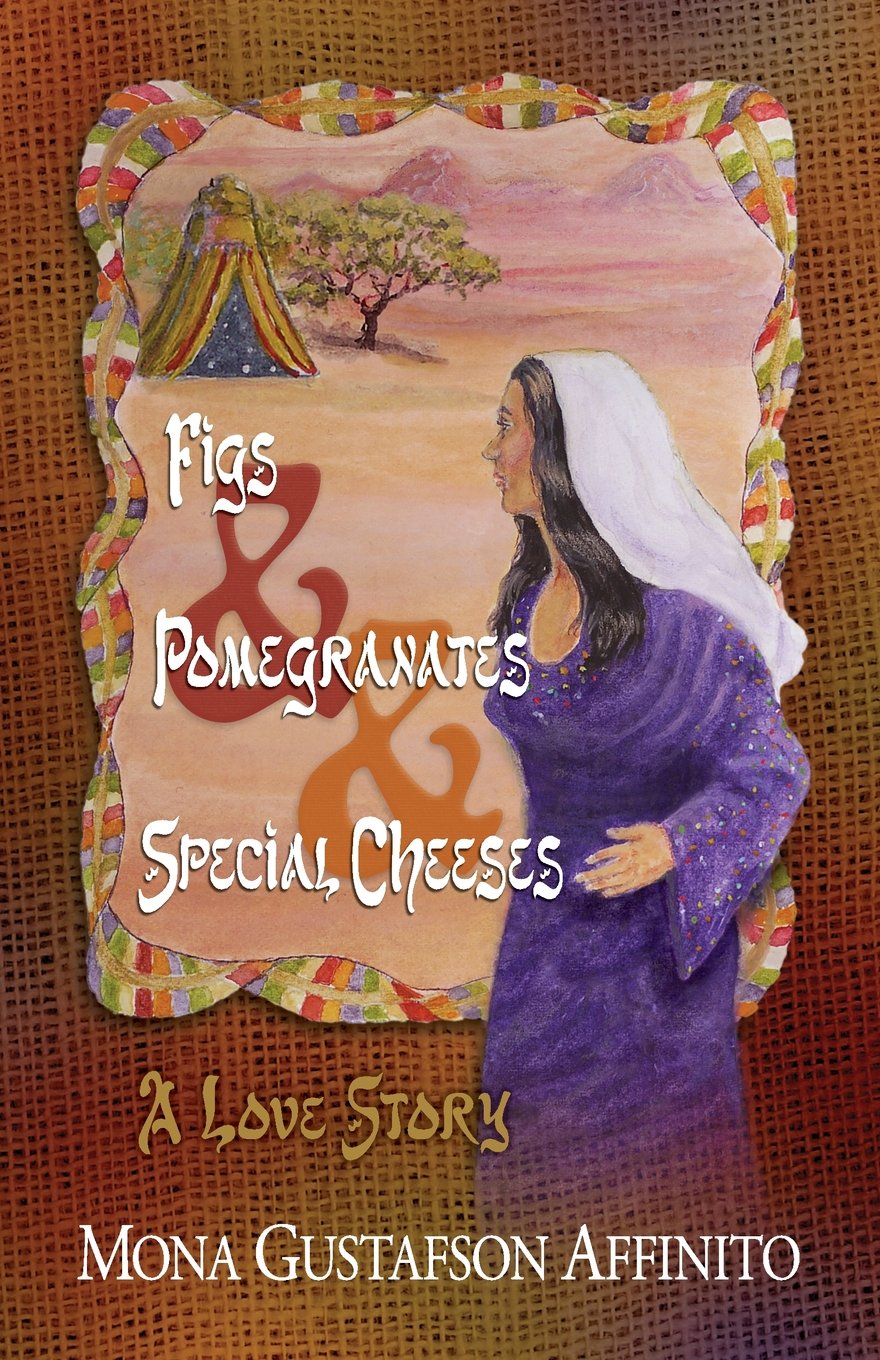 “Figs & Pomegranates & Special Cheeses: A Love Story” is a beautiful novel unlike anything I’ve read before. I am a spiritual person as well as a lover of literature, and I have a special appreciation for the rich literary elements of Biblical narratives. I was immediately intrigued by the premise of this work, yet I didn’t know quite what to expect from this particular vantage point of the trials of Job. In retrospect, I don’t think I could have imagined just how rich and moving Dara’s story would be. While the reader is most likely to assume that the relationship between Dara and Job is the love story referenced in the book’s title, I believe that what makes this book so special is that Mona Gustafson Affinito has provided us with two other love stories. Those love stories are the long-running and often-tested friendship between Dara and Adah, and most importantly in my opinion, the story of how Dara learns to love the woman she becomes. Dara acknowledges the different and connected identities she has as a daughter, a sister, a friend, a wife, and a mother. Yet what I enjoyed the most was the experience of Dara owning her identity as a questioner, and acknowledging both the strengths and faults that come along with that identity. I love that Dara never abandons her own personal growth. I highly recommend this book to anyone who has an interest in the complexity of Biblical narratives, interesting interpretations and depictions of early feminism, and an in-depth look into the concept of unconditional love.

This review, along with others, can be found at Amazon.

Filed under: Reviews
← Previous Next →